There is a huge amount of negativity in the world right now. It’s everywhere. Maybe it’s always been that way, but it seems much more noticeable today than in the past.

However, if you know where to look, there’s lots of good too. So, with the hope of bringing something a little more inspiring to your day, I’d like to share a story about myself with you. It starts out a little dark, but please keep reading. I promise it gets better.

Light is meaningless if there’s no such thing as dark.

Ten years ago, I was diagnosed with a rare autoimmune condition which causes inflammation and scarring in my lung tissue. According to the doctors, there is no known cure and the damage that is already done is irreversible. The best they can do is prescribe drugs to slow the progression.

Since my diagnosis, I have experienced a slow decline in lung function due to the scarring. Currently, I live most of my life with supplemental oxygen. Any sort of extended physical activity is off the table. Hiking is out of the question, airports are scary, and stairs are the devil. If nothing changes, my future probably includes a lung transplant followed by a lifetime of anti-rejection meds.

Living with this disease obviously limits what I can do physically, but it also takes a toll on my mental state. Winter of last year was particularly difficult.

I was ready to do whatever necessary to fight my disease, but I didn’t know what to do. Doctors told me to exercise and take my meds, which I did. But it didn’t seem to make much of a difference. I could feel myself getting worse.

I know what you’re thinking, “Wait, this is awful. I thought this was supposed to be inspiring?” Like I said, this story starts out a little dark. Now here’s where it starts getting better.

Feeling helpless is not the same as feeling hopeless.

Surprisingly, my disease isn’t something I dwell on. It just is what it is for me. Normal life. So even though I felt frustrated and worried and down from time to time (like any normal person), I was never completely defeated or without hope. I still had my faith, and an open mind ready for a solution.

In early 2020, I read a book called The Plant Paradox by Dr. Steven Gundry. It’s a book about health and nutrition and what the author thinks is causing an epidemic of autoimmune disease. His theory is that ALL autoimmune disease starts in the gut. Basically, the things we eat are what’s making us sick. It’s a very old idea, but in modern medicine, it’s an extremely bold claim.

He talks about these plant proteins called lectins which have the potential to make us sick. He explains his theory of how a perfect storm of chemicals and processed foods can combine with lectins to stress out our immune system to the point that it loses the ability to tell friend from foe.

It seems crazy that something as simple as what we eat might cause conditions like autism, arthritis, Parkinson’s, and even my own lung disease. Even crazier is that if what we’re eating causes the diseases, then changing what we eat potentially has the power to fix it.

If Dr. Gundry’s theory is correct, then something that I’m eating is causing the chronic inflammation in my lungs. In theory, if I stop eating it (whatever it is) and give my immune system time to heal itself, the inflammation should go away.

Some doctor’s dismiss Dr. Gundry’s theories as quackery. My own doctor said it’s not based on scientific evidence, which is technically true.

It’s just a theory, and I understand that.

It takes many years and huge sums of cash to conduct clinical trials that convert a theory into scientific evidence. Even then, it can sometimes take many more years to change the minds of professionals that have staked their reputation and careers on a certain opinion.

Either way, I don’t have the time to wait around for years while the evidence catches up with the theory. Besides, all the treatment requires is a very restrictive diet and a small army of supplements. No drugs. No procedures.

It seemed like I found something that gives me what I’m looking for: a real opportunity to put up a fight. I can do that.

I don’t expect a miracle. That’s God’s area of expertise. I’ll pray for a miracle and while I’m waiting for God to work his mysterious and awesome magic, I’ll do everything I can to make the best of what I’ve been given.

The first step of the treatment was to run a series of blood tests to assess my current condition. The tests check for any vitamin and mineral deficiencies, markers for inflammation, and markers for genetic anomalies.

Then, I sat down for an hour-long consultation while a nurse explained my blood test results. As she read through the test results, I was quietly hoping for the tests to reveal a sort of “smoking gun” that explained my problem.

There were no genetic deficiencies, a few vitamin levels that were lower than optimal but nothing terrible. There were elevated markers for inflammation but given my condition, that was expected.

The meeting ended with a grocery list of supplements to take and an explanation of the dos and don’ts of the Plant Paradox diet: No grains, beans, or tomatoes. Basically no fruits, no added sugar. Lots of vegetables and leafy greens. Lots of avocados and olive oil.

Now I had all the tools. All I had to do was stick to it.

Change I Can Feel

Anytime you take on a new challenge, it’s exciting at first. But, if you don’t see results, it’s easy to get discouraged. You begin to question yourself and your methods. You start to wonder if the effort is worth it.

Fortunately for this challenge, I didn’t have to wait long.

Within 3 weeks, I could feel a difference. I started noticing clearer skin, less anxiety and brain fog. Less pain and achiness.  A couple months in, I had lost ten pounds of excess weight, which made it easier to exercise and stay active. I felt an increase in energy. My mood and sense of well being was, and still is, probably the best it’s ever been. What made me most excited was the fact that I didn’t need to use my oxygen as much, whereas before, I felt I couldn’t go without it.

As I’m writing this, it’s been almost 6 months since I started this treatment and I’m still going strong. On October 12th, I’ll be traveling to California for a 6-month checkup. I’ll be meeting with Dr. Gundry for the first time.

I know it’s only a single doctor’s appointment, but it kind of feels like a big milestone. It feels like something to celebrate.

At the same time, it is a doctor’s appointment which in itself is a subtle reminder that my condition is still very real. The damage that the scarring has already done is not reversible (for now), so unless my lungs begin to miraculously regrow themselves (fingers crossed), I still need the oxygen. Plus, there is no guarantee that this is permanent. I can’t even say for sure if my new diet is the cause of the changes, but it sure seems like it.

What I can say for sure is that taking action gave me a bit of control over an area of my life that felt out of control. I made a decision to make a change and I’ve stuck with it and the results have been good.

Young or old, rich or poor. We all have obstacles. You can follow all the cliché advice: Keep your eyes open. Keep an open mind. Have faith.

So, if you’ve read this far and you’re still here, why not take it one step further?

And finally, If you liked this story or found it inspiring, please share it with someone else that might be inspired, too. 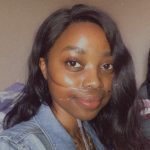 Estel is an optimistic and curious young adult who's passions include music, playing the piano and guitar, writing, design and good jokes. She has an open mind and thoroughly enjoys learning new topics. She appreciates the simple things in life like, nature, a beautiful sunset or a warm cup of tea. She aspires to inspire, as well as to spread joy and positivity. 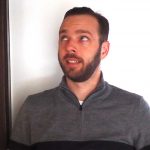 Eric writes regularly on his blog thesmartcave.com about technology and smart home devices. He also runs the website here and helps out with editing. He enjoys technology, sports, outdoors, and dabbles in the dark realm of politics. He dreams of someday living in a castle on an island but for now will settle for smalltown, USA.

This author does not have any more posts.

4 thoughts on “My Story”